The Eagles are flying at Cave Knoll!

Today is the first day of the 2020 Spring Cave Knoll Hawk Watch. The migration is underway so head on over to the new blog to follow along with this years flight!
Posted by Birdwell at 7:39 PM 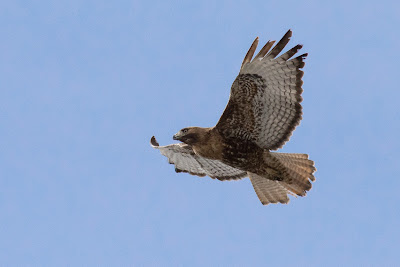 The Spring 2019 Camp Baker Hawk Watch report is finished and may be viewed here.  I will also post the link on the Our Work page.

The Camp Baker Hawk Watch count site is going to be moved to the Rogers Pass vicinity in 2020.  Stay tuned for more information regarding that and a new blog that will be up soon!
Posted by Birdwell at 10:54 AM

Don't let the fact that there currently isn't data there throw you.  That is the exciting part of an exploratory count!  We have yet to collect any data.  Counts will be entered manually as internet access permits to HMANA.  This will be your best resource to plan a visit or to follow along at home to see the results of this years flight.

Our fundraising page with detailed information on how to donate is set up as well.  Currently we have about $10,375 to secure, so any and all donations are welcome. 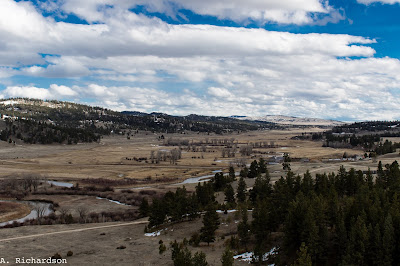 Partly cloudy skies for most of the count of mostly cumulus, nimbo-stratus and cirrus clouds.  Thermal lift was mostly poor to fair.  Winds primarily out of the SW at 6-17kph occasionally gusting to 22kph.  A high temperature of 10C, but the temperature fluctuated as the clouds moved through.  Barometric pressure was steady.  Visibility was excellent during the day.

No migrants moved through today, the last day of the count.

Residents were mildly active in the morning hours, but dispersed far away from the OP in the afternoon.  This has been the case for most of the last week.  It is also interesting to note that all of the resident GOEA adult pairs have dispersed or are preoccupied with post-breeding activities. 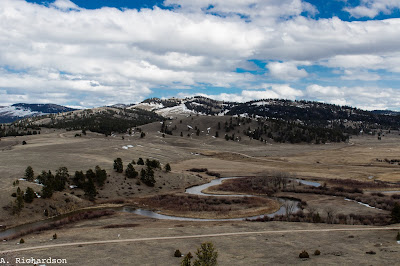 No new arrivals during the count however the following morning the first Long-billed Curlew of the season was detected.  I had a nice visit with the resident WBNU throughout the day.  The birds toot-toot will be missed.  It had become quite comfortable with me frequently flying directly over my camp table or head during the last week of the count.